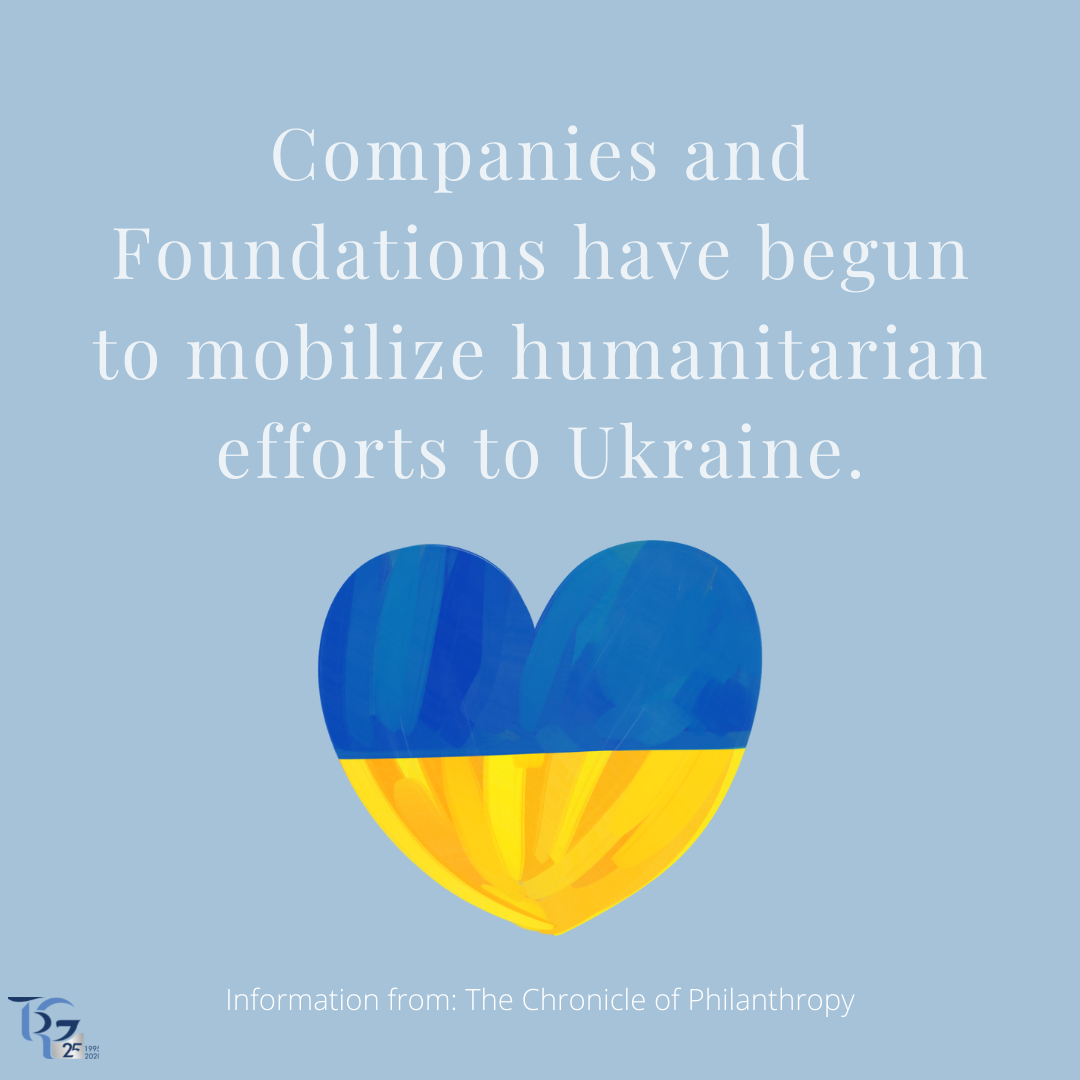 From The Chronicle of Philanthropy By M.J. Prest MARCH 2, 2022

Here are notable new grant awards compiled by the Chronicle:

$12.5 million commitment to the Benjamin Franklin Institute of Technology to expand financial aid and develop new programs to prepare students at the Boston technical college for careers in the region’s leading industries.

In recognition of the grant, the institution will now be known as the Benjamin Franklin Cummings Institute of Technology.

$10 million commitment to organizations that are already providing humanitarian aid in Ukraine.

Among the recipients of these grants from the cryptocurrency-trading platform’s foundation are Unicef, the United Nations High Commissioner for Refugees, iSans, and People in Need.

$10 million to the University of Kentucky Markey Cancer Center to enhance patient care.

Of the total, $5 million has already been given to support evacuation efforts at the Jewish Agency for Israel, the Federation of Jewish Communities of Ukraine’s campaign to distribute nonperishable food across Ukraine, the Joint Distribution Committee’s work with vulnerable Jewish populations in the country, and other regional and local Jewish community organizations in Ukraine.

The remaining $5 million will be reserved for urgent humanitarian needs as they arise.

$8.5 million to Enterprise Community Partners for its Faith-Based Development Initiative, a program to work with houses of worship across the United States convert the vacant land they own into 6,000 low-cost homes and community facilities, especially in high-cost real-estate markets where community members struggle to find quality housing they can afford.

$8 million to 24 nonprofit organizations that aim to expand access and improve the quality of health care in cardiology, hematology, immunology, and oncology for underserved patients and communities across the United States.

$7 million to Miami Dade College to expand its educational programs in applied artificial intelligence, data analytics, and other emerging technologies.

$5 million to humanitarian-aid groups working in Ukraine. The recipients are Unicef, the United Nations High Commissioner for Refugees, the World Food Program, the Red Cross, Polska Akcja Humanitarna, and Save the Children.

The online retail giant will also match up to $5 million in employee donations to any of the above organizations.

$5 million commitment to Global Empowerment Mission to provide aid to people who are fleeing Ukraine. It will also provide at least $5 million in supplies to help refugees.

BStrong was started by the entrepreneur Bethenny Frankel to raise money for people who are affected by natural and manmade disasters. Frankel starred on Real Housewives of New York City and is the CEO of Skinnygirl, her line of food, alcoholic beverages, and apparel marketed to women.

$5 million challenge grant to the Salk Institute for Biological Studies to share research on pancreatic cancer and develop new therapeutic drugs to treat this aggressive disease.

The institute must raise $1 million per year over the next five years to receive the full match.

$5 million to the Neuroendocrine Tumor Research Foundation for its endowment.

$3 million commitment in emergency funding to the American Jewish Joint Distribution Committee, the Jewish Agency, and grassroots organizations that are supporting the 200,000 Jewish people who live in Ukraine.

$3 million over two years to Launch NY to support its nonprofit Seed Fund, which offers loans and mentorships to start-up companies and entrepreneurs in western New York.

$2 million to the U.S. Fund for Unicef to provide humanitarian aid to the people of Ukraine.

The bank will also offer $1 million as a double match of all employee donations to Unicef and the Red Cross.

$2 million to 32 nonprofit groups with Muslim leaders through the Pillars Catalyze Fund, which makes grants to organizations led by American Muslims to advance social change.

$1.5 million to 28 arts and cultural organizations in Denver, primarily for general operating support.

$1.3 million to the Cincinnati Opera to commission three new operas that focus on Black stories from composers and librettists of color.

The grant will also continue Opera Fusion: New Works, a workshop program that is jointly hosted by Cincinnati Opera and the University of Cincinnati College-Conservatory of Music.

These fragile manuscripts, which scribes etch onto dried palm leaves, contain records of Buddhist rituals and teachings as well as Khmer history, literature, astrology, and medicine in Cambodia.

$1 million to Unicef for its efforts to help children in Ukraine who are under threat during the Russian invasion.

The jewelry company donated to the humanitarian group’s $66.4 million campaign to support its crisis-relief efforts for 7.5 million Ukrainian children.

$1 million in emergency grants to its previous grantees who are assisting refugees, many of whom are Jewish, on the front lines of the conflict in Ukraine.

The Imagine Learning Foundation is accepting applications for grants to strengthen learning for youths, families, and educators at home and in the community and study the social, physical, mental, and emotional well-being have on student achievement in diverse communities. The foundation will award two grants of $100,000 each to national nonprofit groups, and an additional $50,000 to grassroots organizations that work on the community level and focus on social and emotional learning and digital education equity outside of the classroom. Applications are due March 31.