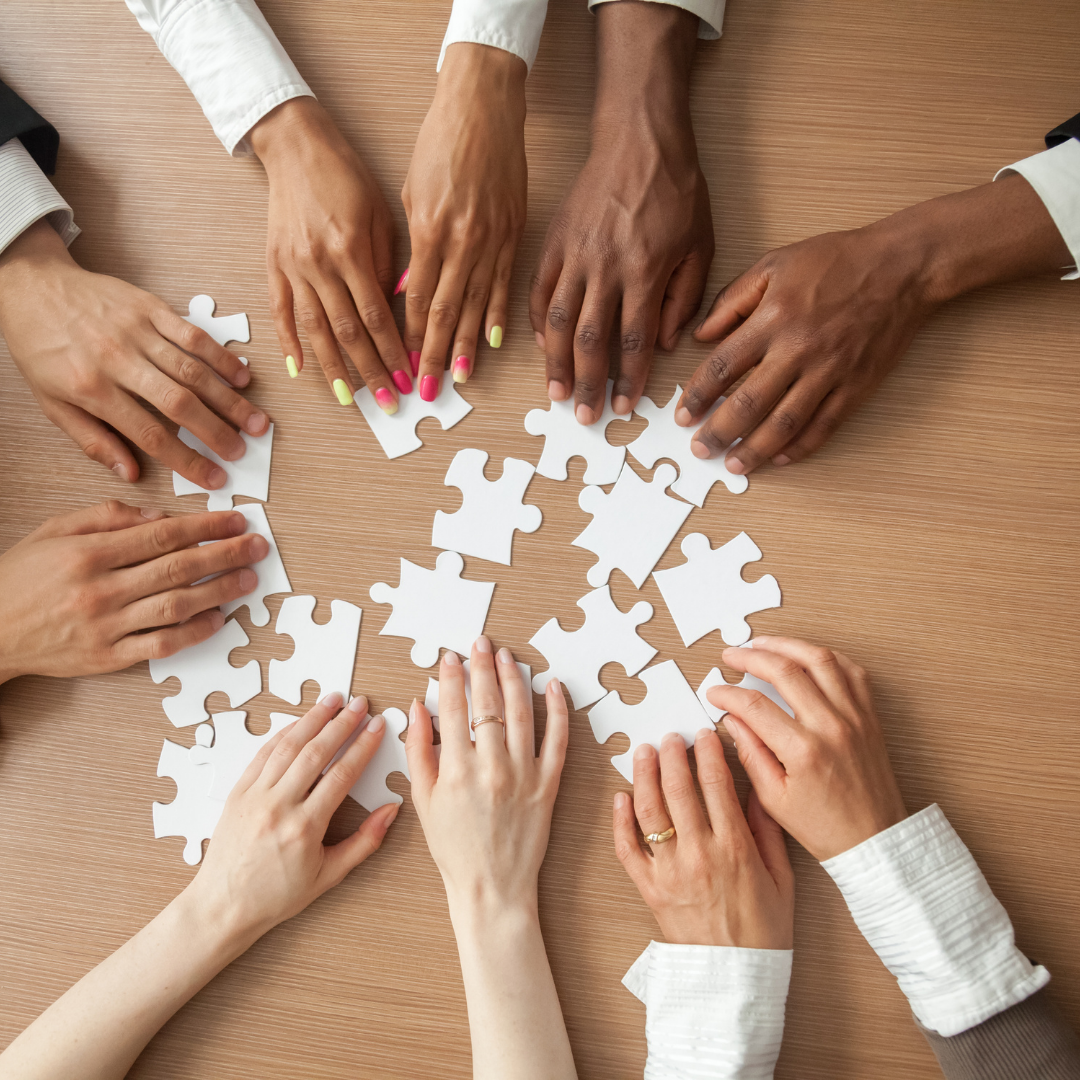 How to Hang On to Fundraisers in a Hot Job Market

By Emily Haynes SEPTEMBER 14, 2021 – From The Chronicle of Philanthropy

Employees across the country left their jobs en masse this spring. Nearly 4 million people quit work in June, according to the Department of Labor’s most recent jobs data. Many of these employees were restaurant or hospitality workers looking for safer, better paying workplaces, but executives quit, too. The Great Resignation, as some commentators are calling it, is poised to reshape the workforce, and nonprofit employees are no exception.

“Demand for fundraisers is as high as it ever was,” says Dennis Barden, senior partner at executive search firm WittKieffer.

That high demand is a warning sign for charitable organizations, says Lori Kipnis, managing director for strategy and advisory at Nonprofit HR, a talent management firm that works with nonprofits. “There’s high risk that top talent will be poached or will voluntarily exit,” she says.

Managers of development professionals can stave off attrition by initiating frank conversations with their fundraisers, often called “stay conversations.” The questions asked should be similar to those posed during an exit interview, Kipnis says, such as “How are you utilizing your time? What would you want us to know about how we can support [you]?”

The goal is to resolve pain points before they cause a fundraiser to quit.

Still, the reasons fundraisers leave their roles have held steady over the years. The stress of punishing fundraising metrics, poor pay, and toxic workplaces were the primary reasons fundraisers say they would quit. After living through more than a year of a pandemic and societal upheaval, fundraisers are even less likely to tolerate those challenges today.

“People, after coronavirus, have realized that your time is limited and you could lose anybody at any time,” says Allison Quintanilla Plattsmier, executive director of Edgehill Neighborhood Partnership, a community-development nonprofit in Nashville, Tenn. “The time that you’re spending at work needs to be productive and fulfilling and helping to advance your personal life as well.”

With another season of remote work approaching, the Chronicle talked with fundraisers and consultants about why fundraisers quit and how employers can keep them aboard.

Fundraising has always been a grueling career path. In 2019, 84 percent of fundraisers surveyed told the Chronicle that they felt “tremendous pressure to succeed” at work, and 55 percent said they “often feel unappreciated” for the work they do.

As the pandemic stretches toward the end of its second year, some fundraisers are losing patience with these challenges — especially millennial and Gen Z fundraisers.

Young professionals typically endure long hours to climb the career ladder and eventually land a leadership role with more flexibility, he says. “Younger people are no longer willing to wait for that, at least in the moment.”

This unwillingness isn’t due to laziness, Quintanilla Plattsmier says. Rather, it’s an acknowledgment that the status quo isn’t sustainable because too many fundraisers feel as if they’re running a race whose finish line only gets further away the more they run toward it.

“Fundraisers often find themselves doing the work of two or even three people as they get more skilled at their job, but their pay remains stagnant or barely keeps up with the cost-of-living adjustments,” Quintanilla Plattsmier wrote in an email. “This is why fundraisers get burnt out so easily.”

What’s more, remote work has made donors harder to reach than ever. It’s a challenge for fundraisers to even meet the same fundraising goals they met before the pandemic because they have less access to traditional donor touch points, like coffees and cocktail parties. Last year, some nonprofits began considering virtual meetings and phone calls with donors as meaningful forms of outreach. Previously, only in-person meetings would have earned this designation.

“You have to be realistic about what fundraisers are able to accomplish,” Quintanilla Plattsmier says. “In the remote environment, your ability to get your job done relies on other people responding to the meetings that you’re trying to set up or being willing to hop on the phone.”

Leaders Should Embrace Remote Work and Give Frequent Feedback

While remote work has its challenges, some fundraisers have welcomed the decrease in business travel and increased flexibility to manage their personal and professional responsibilities.

As nonprofits contemplate how they’ll return to in-office work, leaders would do well to understand that some of their employees are all-in on remote work. “There are still people out there who think that unless they can eyeball their employees, they must not be working,” Barden says. “Those people are not going to be able to hire anybody.” What’s more, fundraisers who don’t want to return to the office or move for a job now can apply for the rising number of full-time remote positions.

In such a competitive job market, nonprofit leaders should consider how they take the friction out of remote work to retain their top fundraisers. Limiting virtual meetings and scheduling time for strategic work is a good place to start, says Kipnis. Monthly feedback sessions between managers and their fundraisers, she adds, will help leaders identify new pain points that they can’t see working remotely.

Since the start of the pandemic, Kipnis says many leaders have delayed performance conversations. “Everybody has so much on them personally and professionally that managers are hesitant to share critical feedback,” she says. But putting off tough conversations only allows problems to fester.

There’s no need for these conversations to be highly critical, however. Kipnis recommends that managers frame them around their employees’ professional goals. By asking fundraisers what skills they hope to build and what resources they need to achieve them, managers can make sure their employees stay goal oriented during a chaotic time.

“With the pandemic, you have no idea what people are going through,” Quintanilla Plattsmier says. Frequent feedback sessions help managers and their fundraisers get the support they need.

Over the last year, many workplaces have acknowledged that they need to improve so that all their employees feel welcome and included, regardless of their racial, gender, or other identity. Some have taken more meaningful action than others. Rosann Santos, director of alumni engagement at John Jay College of Criminal Justice, says she’s heard from colleagues of color who left their positions rather than wait for their employers to live up to their words.

“Everyone all of a sudden has a diversity, equity, and inclusion statement on their website or from HR, but it’s very shallow,” she says. “We’re still not seeing it.”

Fundraisers who are early in their careers — such as millennials or Gen Z — typically have the most bandwidth to call it quits when their colleagues or donors cross a line, she adds. What’s more, the often wide generational divide between young fundraisers and older donors can cause discomfort and harm. Enduring insensitive comments from donors, Santos says, can be emotionally taxing for some fundraisers. “They see it as a microaggression or they see it as insulting or they see it as being dismissed,” she says.

Insensitive and offensive remarks can accumulate and compound over time, and nonprofits that ignore bad behavior by their employees or donors can forfeit fundraising talent.

Employees are not willing to tolerate nonprofits that do not put equity at the forefront of their mission, Quintanilla Plattsmier wrote in an email. “Professionals are holding their organizations to higher standards regarding what they expect internally and externally and pushing back at organizations that only engage in performative allyship or pull equity out of their back pocket for optics.”

Leaders Must Convey Clarity About Mission

Experts say one of the best ways for nonprofits to keep their employees happy is to stay true to their mission and values.

The new challenges of the Covid-19 pandemic have caused some organizations to adjust their missions to better meet the moment, Santos says, but leaders need to clearly articulate to their fundraisers why and how their missions have changed. If they don’t, fundraisers could leave if they feel the mission they signed up for has significantly changed.

Kipnis, the human resources consultant, agrees. She suggests that managers ask their employees, “How is the role looking and feeling based on how you came to know the responsibilities of the position?” Managers should follow up the question by asking employees what kind of resources and support they need to succeed.

“In the development space, where the job market is so hot right now, there are ample positions for folks to move to in mission-focused organizations,” she says.

These are not conversations that can be delayed, Kipnis adds. Fundraisers often put out feelers for new roles in the fall, with an eye toward making a job transition in the new year. By opening channels of communications now and keeping them active, nonprofits can make sure their organization is a place where top talent wants to stay.