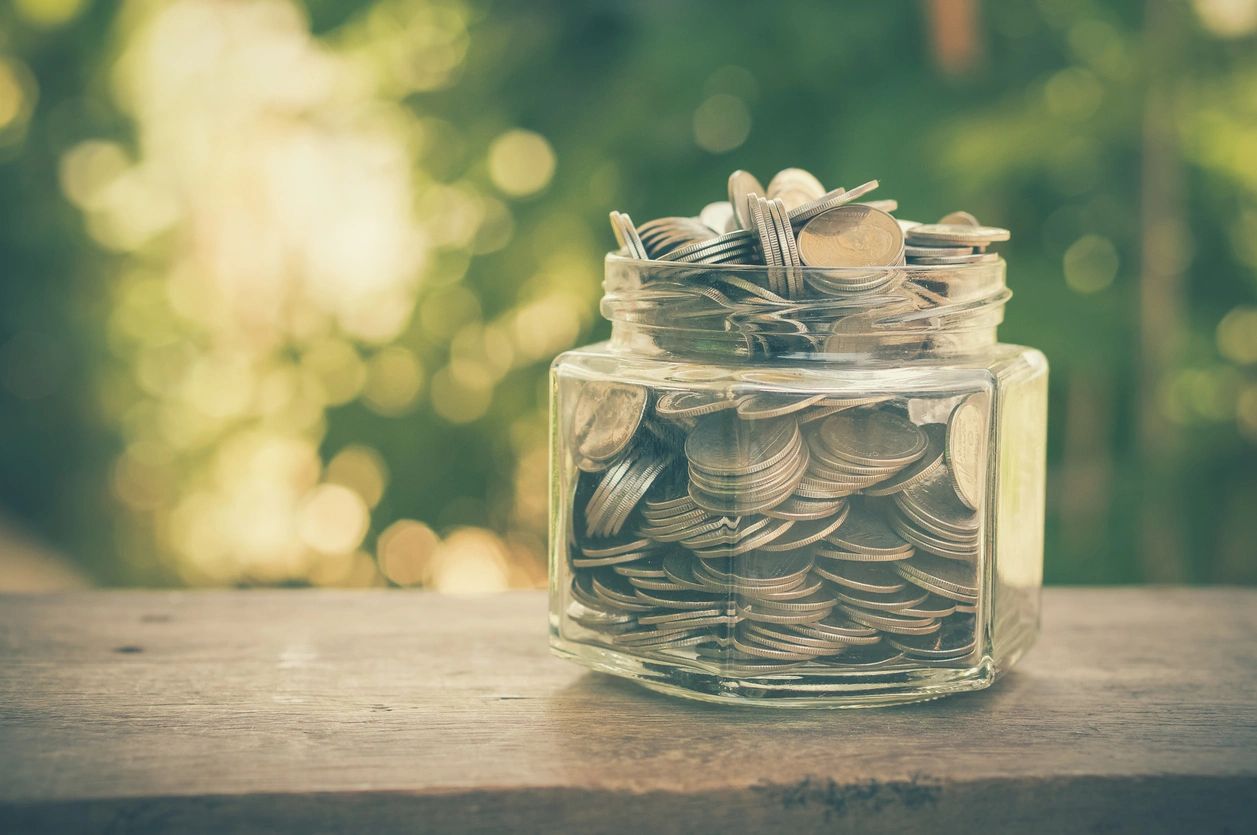 Giving Cash Directly to People in Need Is a Growing Trend, as Evidence Shows It Works

Charitable efforts that give cash directly to people in need so they can do whatever they want with the money are sweeping across the United States, fueled by infusions of donations from foundations and individuals and growing evidence that the approach is more effective than traditional social-service programs.

Nonprofits that give people cash instead of offering them services was “one of the most significant changes in giving norms during the pandemic,” according to Benjamin Soskis, a researcher at the Urban Institute who has studied the trend.

One nonprofit, Mayors for a Guaranteed Income, started by former Stockton, Calif., mayor Michael Tubbs, has helped leaders in more than 30 cities start direct-cash programs by providing $17 million total. Bloomberg Philanthropies, the W.K. Kellogg Foundation, the Wells Fargo Foundation, and others helped fund the effort, which is based on the success of work Tubbs did in his city.

At least four new projects, including in Baltimore and New Orleans, were announced in recent months. Participants in each of the cities with programs will receive at least $125 million provided by private foundations, government funding, and individual donors.

And the nonprofit pioneer of the approach, GiveDirectly, which first started handing cash out to impoverished people in Kenya more than a decade ago, will start a program in Atlanta called In Her Hands. The program will give a total of $13 million to women in need with money raised from individuals and organizations, including the Betty and Davis Fitzgerald Foundation.

Research by Soskis found two key advantages of giving cash over long-standing charity approaches: The money reached people fast, which was especially important in the Covid pandemic, and it had no strings attached so it provided flexibility.

“One lesson you could very clearly take away is that cash was a very powerful tool in helping people in desperate need and that it also has a powerful message about trusting those that you want to help,” Soskis said.

Michael Tubbs has been one of the most successful evangelists of the movement to hand out cash. He attracted significant philanthropic support and lots of public attention when he started a guaranteed-income plan designed to ensure that Stockton residents had money needed to pay for necessities.

Tubbs raised money from Facebook co-founder Chris Hughes to provide 125 residents of the city with $500 apiece in a test of the idea.

“We saw that people were able to pay for necessities — and most of the money was spent on food and utilities — that people were more likely to go to work or find a full-time job,” said Tubbs, who was defeated in his bid for a third term in the mayor’s office in the 2020 elections.

Tubbs now leads Mayors for a Guaranteed Income. The group, which has 75 members, advocates for making a minimum guaranteed income a federal policy. It received $18 million in 2020 from Jack Dorsey, CEO of Twitter at the time, to support guaranteed-income pilot programs in cities around the United States.

Tubbs said these types of programs are becoming more common. During the pandemic, they helped illustrate that direct payments do more than traditional social services, he said.

Embrace Mothers in Birmingham, Ala., which started in March, is one of the new guaranteed-income program.

Mayor Randall Woodfin said in a Medium post that he chose to support single mothers in his city because they lead more than 60 percent of the Birmingham households with children and were disproportionately affected by the pandemic. Putting money directly into their hands, he said, would enhance economic stability.

More than 8,000 women applied to receive the cash, and 110 single mothers who have at least one child were randomly selected to receive $375 a month each for 12 months. Mayors for a Guaranteed Income provided the city half a million dollars from the money it raised from foundations and other donors to make Embrace Mothers possible.

In New Jersey, the Newark Movement for Economic Equity, another one of the mayors group programs, is in its second year of giving more than 400 residents $6,000 apiece per year.

Nyerere Carter, who works for the New Jersey medical examiner’s office, is one of the program recipients. Carter used the money that he got last year for gas, food, shoes for his kids, and repairing eyeglasses. He also used it to travel to Louisiana and West Virginia when his grandmother died, to make arrangements and attend the funeral.

He’s the sole provider for his household of four. His wife lost her job due to the pandemic. Applying for the cash program, he said, was a “no-brainer.”

“I had to apply for this program because I had to find a way to survive,” he said.

He was eligible in part because his income is at or below 200 percent of the federal poverty line. Carter praised Mayor Ras Baraka for the program.

He said people assume participants in this program do not want to work and are not deserving of help.

Soon after Covid lockdowns prompted layoffs and other economic problems for many Americans, GiveDirectly launched Project100+, which provided nearly 200,000 households across the United States a one-time payment of $1,000 each. Support for the effort came from the Schusterman Family Philanthropies, Google.org, and NBA Cares.

It also recently launched a cash program to help people in Malawi after a tropical storm hit the southern African country. And it has plans to launch a direct-cash payment program in Yemen in the summer to help more people afford food.

In the United States, the group started In Her Hands in partnership with Georgia Resilience and Opportunity Fund. The program, which started this month, will provide 650 Black women in Georgia an average of $850 a month for two years. The focus is on Black women because they are two times as likely to be living in poverty than white women in Georgia, according to the Georgia Budget and Policy Institute.

A group of volunteers determined to help people in those neighborhoods such as the old Fourth Ward came up with the recommendation to try cash payments and to give them to Black women.

The women who will receive the funds are near or below the federal poverty line, which was $26,200 for a family of four in 2020, and live in areas with some of the largest racial wealth gaps in the United States. Some 46 percent of Black households in the Old Fourth Ward, who will be a primary focus of the new cash program, make less than $25,000 a year.

The Old Fourth Ward Economic Security Task Force, a group formed by Atlanta leaders and community members, came up with the idea of a direct-cash assistance program.

In addition to helping those in Atlanta, the program also will assist women in predominately rural and suburban areas in Southwest Georgia.

One group of women, Hall said, will receive $850 a month for 24 months, and the other will get a $4,300 upfront payment at the beginning of the program, then around $700 a month for the rest of the program. A research group from Appalachian State University will analyze whether a large cash infusion leads to a better outcome or if a consistent payment option is best.

Fresh results from programs started early in the pandemic are fueling the spread of the direct-cash efforts. In the nation’s capital, a direct-cash payment program, Thrive East of the River, launched in 2020 was a success.

Four organizations worked together to raise money and provide one-time payments of $5,500 each to nearly 600 families in a low-income region east of the city’s Anacostia River.

One of the four organizations that participated in the program was Bread for the City, which provides food, clothing, medical care, and legal and social services to low-income residents. Mandi Koba, economic security policy analyst at the nonprofit said recipients were shocked they did not have to provide documentation or proof of their income to receive the cash payments.

“We trusted what they were telling us, and that’s so different than the safety-net and the public-benefit programs we have in place in our country,” Koba said.

An Urban Institute study of the program showed that 54 percent of the recipients spent all or almost all the money on rent or mortgage payments, and 42 percent spent all or almost all of its funds on food. Participants also reported having better mental health and lower hunger rates than other people with low incomes in the city and around the United States after receiving the Thrive payment.

Now Bread for the City is figuring out more ways to continue working to eradicate poverty. The group says offering another cash program is an option, as is advocating to make cash payments a government policy.

Such a policy could mean residents would no longer need Bread for the City’s services. Brittany Pope, who is on Bread for the City’s economic security team, said that’s the goal. If the nonprofit is successful on one front, it can move on to other social-justice problems, Pope said.

Until then, she says it will look for ways to show residents to be “the experts of their own lives.”

Reporting for this article was underwritten by a Lilly Endowment grant to enhance public understanding of philanthropy. See more about the grant and our gift-acceptance policy.